Help To Build, Buy And Beyond

A recent report by the Resolution Foundation suggested that one third of millennials in Britain will never own their own home. Renting is becoming an increasing tenure of choice for young people rather than a temporary measure until home ownership is realised. On the upside first time buyer levels are at their highest for 10 years according to UK Finance. So is the future getting brighter for buyers making their way onto the housing ladder, or did we start from a low base?

A modest increase of 3.5% in first time buyer mortgages in Scotland was recorded at the end of 2017, equating to 8,800 first time buyer loans with a total value of £1.01 billion. Lower LBTT rates and most importantly increased affordability of homes have been attributed to the increase.  Scottish Local Authority areas dominate the "most affordable" local authority areas for first time buyers table published in the Lloyd's Affordable Cities Review (but this comparison is UK wide).

So while the future looks to be one of fairly slow and fragile improvement for first time buyers, what is in store for second and subsequent buyers? The Resolution Foundation report also suggests that “Second Steppers” (usually couples and young families moving on from their home), fear that selling their first home will be difficult, not to mention the additional deposit and shortage of appropriate homes which adds to their concerns. The Bank of Scotland’s Second Stepper report predicts that Second Steppers will need to find around £114,000 to make that next step on the property ladder. This seems like a huge hurdle to overcome but increasing house prices are likely to have helped Second Steppers gain equity from their first sale, reducing the gap between first and second homes. Affordability will therefore still be a key issue for Second Steppers and first time buyers alike.

With the Scottish Government firmly focussed on increasing housing supply, it is essential to ensure that supply is generated across the housing market, not just aimed at first time buyers. Second Steppers’ homes are those which first-time buyers need to buy, so providing a good supply of second homes is key to climbing the housing ladder.

New build properties are the number one pick for Second Steppers as well as subsequent purchasers and so support for the housebuilding industry is key to ensuring continued investment in the sector, stabilising the industry. A stable construction industry can deliver a diverse and sustained supply of new housing, support home ownership, meet demands and ease stress on other, already pressured tenures.

The housebuilding industry welcomed the announcement that the Affordable New Build and Smaller Developers Help to Buy Schemes have been extended to March 2021. The Scottish Government have announced that an additional £100 million will be provided over 2019-20 and 2020-21. It is anticipated that the additional funding, in conjunction with funding already issued, will help facilitate around 18,000 households into new build house purchases. Help to Buy will of course benefit first time buyers as well as Second Steppers and beyond, but other tenures still need support.

The Scottish Government has also announced a £35 million increase in funding to be made available to Councils to build affordable homes, which will increase the overall funding allocated to councils for affordable housing to £1.79 billion over three years. This additional support for the affordable and social rented sector is of course greatly welcomed.

Government targets and financial support alone won’t overcome the housing crisis, and there are many other factors which need to be addressed to stabilise the industry and ensure it remains strong in stressed times. A holistic and collaborative approach is needed to overcome the current barriers to development.

Creating greater opportunities and investment in apprenticeships would help to tackle the lack of trades people in the industry now as well as building a future workforce. Working collaboratively with utilities and infrastructure providers to ensure sites are development ready will reduce the build time and generate cost savings. Collaborative projects between public and private sector as well as SME and large contractors to deliver localised projects can maintain local development and employment. Reviewing the planning system to alleviate the most significant hurdle to development however remains the number one goal for the industry.

Homes for Scotland have called upon the next Scottish Government to increase levels of building to at least 100,000 new homes of all tenures by the end of the next parliamentary term. An all-tenures target seems a sensible and flexible approach to ensure building levels are increased, while still meeting the demand for volume and diversity of homes and tenures.

Social, Affordable, Public and Private sector housing all need support, which we are seeing. Let’s hope that other aspects of the industry follow suit with sustainable support for continued growth across our sector. 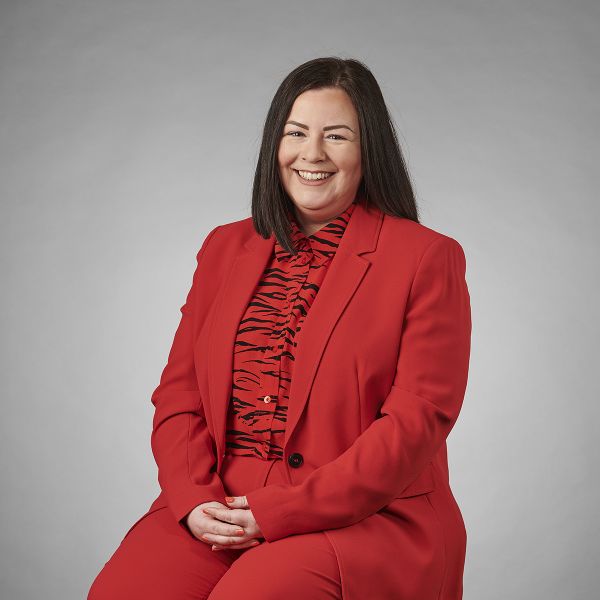 Louise is a Director in the commercial property team and delivers high quality advice and solutions to clients in the private sector as well as...