We believe small things can make a big difference

Our drive to share, support and improve is just one part of our overall commitment to being a firm - and individuals - with an ethical approach to everything we do. Whether that’s within business, within communities or the environment.

That's why 2016 saw the launch of The Burness Paull Foundation as a registered charity.

The Foundation's key objective is to promote the charitable work of the firm on a collective basis as well as the individual efforts of employees - making financial awards to help them fundraise for worthwhile causes of their choice.

There are 14 trustees who run the Foundation, five of whom represent different areas of the firm and the remaining nine elected from volunteers across the business. They are supported by dedicated Foundation Manager Jackie Robertson.

Over the last four years, the Foundation has supported many members of staff in their fundraising efforts - from Movember moustaches to marathons, swimathons and charity discos to name just a few. As a result, 112 charities have benefitted.

A number of Foundation charity appeals have had tremendous support from employees of the firm. In 2019 these included a summer holiday poverty drive to provide food, activities and school uniforms to deprived children in Scotland's major cities, and Christmas appeals to support vulnerable children and the elderly. 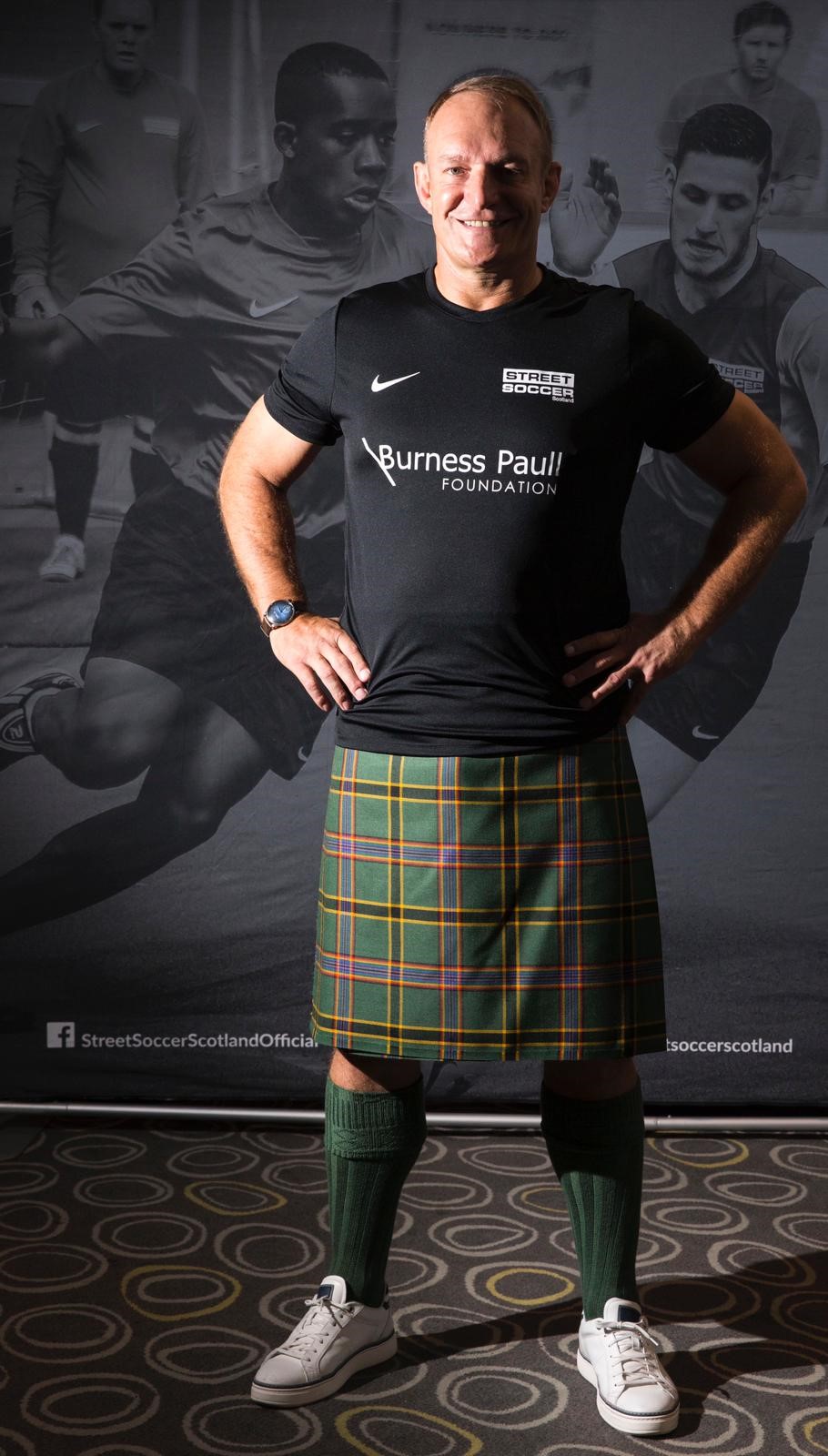 The Burness Paull Foundation is proud of its long-standing partnership with the charity Street Soccer Scotland, which uses football to tackle social exclusion and create opportunities for change.

This has provided employees of the firm with a number of fantastic volunteering opportunities and the chance to support those who are involved and benefit from the work the charity does.

At the recent Street Soccer annual gala dinner, the Foundation was delighted to have the legendary Francois Pienaar - captain of the South Africa team which famously won the 1995 Rugby World Cup and a champion of inclusion - show his support for the partnership.

At Burness Paull we believe that small things can make big differences.

That’s why we don’t pull the ladder up after us, but try to drop it down a little further every time.