Wearing it well: How relaxation of Olympic Rule 50.2 paved the way for sartorial protest

The Olympic Games has long held itself out as a designated “no-politics zone”.

That status is protected by rule 50.2 of the Olympic Charter, which lays out that “no kind of demonstration or political, religious or racial propaganda is permitted in any Olympic sites, venues or other areas”.

This is aimed at defending the political neutrality of the Olympic Movement, one of its fundamental principles.

That neutrality has been tested during recent Games hosted in countries with controversial governments, with issues as diverse as LGBT rights in Russia and the Chinese occupation of Tibet having been the focus of fierce protests.

However, the International Olympic Committee (IOC) seems to have recognised that, with the sporting world having seen a huge wave of activism of late in relation to the Black Lives Matter message (among others), it was no longer entirely feasible to keep demonstrations away from the Games completely.

On 2 July, the IOC announced that (following a recommendation from its Athlete’s Commission), new Guidelines would be implemented regarding the interpretation of Rule 50.2.

The Guidelines essentially represent a relaxation of the previously strict rules, with athletes now expressly permitted “the opportunity to express their views”, provided they do so within particular parameters.

The “opportunity” extends to demonstrations on the field of play prior to the start of competition, which has paved the way for the various international football teams to partake in the now customary pre-match taking of the knee before their Olympic matches.

Over the past few weeks though, athletes at the Olympics and beyond have also been expressing their opinion through a less obvious means – their wardrobe choices.

You may have spotted most of the USA men’s fencing team sporting pink facemasks before their competition, with only Alen Hadzic sporting a black mask.

This subtle action by the other three team members is understood to be an act in support of women’s rights, and an act of protest against Hadzic, who has been accused of sexual misconduct by three separate women in the period between 2013 and 2019 – allegations which he states are “just frankly not true”.

Hadzic was originally banned from competing at the Olympics by the US Centre for SafeSport following the allegations, but on appeal the arbitrator overseeing his case lifted the ban as he did not find Hadzic’s continued participation to be detrimental to the United States or his sport.

Hadzic’s attendance in Tokyo was subject to conditions - he was required to travel separately from the rest of the USA team and stay outside the Olympic Village for the duration of the games after other athletes expressed concerns for their safety and well-being arising from his presence.

"They [Hadzic’s teammates] wanted to make a distinction between themselves that they didn't stand for sexual assault or abuse against women” said one athlete who is not competing at the games.

Team USA’s decision to keep Hadzic on the team as an alternate has been widely criticised - with an Olympic fencer who filed a complaint against him complaining that “he’s been protected again and again.”

Germany’s gymnastics team also used their wardrobe choices to take a stand for women’s rights, albeit in a very different way.

The Germans chose to eschew the revealing bikini-cut leotards which are standard for female competitors in the sport, in favour of unitards which covered right down to their ankles.

The decision was taken in an attempt to push back against the sexualisation of women in gymnastics.

The unitards, while distinctive, did not cause any disciplinary issues as they complied with the relevant wardrobe rules of the International Gymnastics Federation.

However, another story from outside of the Tokyo bubble shows that we are sadly still a long way from sportswomen being fully free to cover up their bodies as they see fit.

At the finals of the women’s beach handball European Championship in Bulgaria, the Norwegian team decided to wear shorts rather than bikini bottoms.

That might sound uncontroversial, but unfortunately the International Handball Federation rules state that, while male competitors are allowed to wear shorts that end 10cm above the kneecap, female competitors must wear “bikini bottoms … with a close fit and cut on an upward angle toward the top of the leg".

This appears to be a clear example of gender inequality in the sport, and exactly the kind of sexualisation of female athletes which the German gymnastics team were trying to push back against.

Each member of the Norway team was handed a fine of £129.50. The Norwegian Handball Federation, which has been petitioning the International Handball Federation to allow women to play in shorts since 2006, has said it supports the team’s move and will pay the fines for breach of the “embarrassing” rule on the players’ behalf.

They may not have to shell out, though, with female rock star Pink having offered to pay the fines and praising the Norwegians for their stance against the “sexist” rules.

The handball incident is far from a one-off, and has echoes of the controversial 2011 decision of the Badminton World Federation to implement a dress code which required women to wear dresses as a way to create a more “attractive presentation”.

More recently, in 2018 Serena Williams’ catsuit was called “disrespectful to the game” of tennis by the French Tennis Federation. It is clear that, even in 2021, women are not afforded sufficient agency in what they wear to compete in sports.

From facemasks to shorts, athletes have spent the summer using their wardrobe choices as a means of making a point - and have received wide-ranging public support for doing so.

The relaxation of Rule 50.2 has given more scope for that to happen in the Olympic setting, and so far women’s rights and greater equality in sport appear to have been the causes of choice – which suggests the new Guidelines can be a force for good.

There is trepidation in some quarters that the floodgates could open to allow expression of support for more problematic, controversial or even dangerous movements – and with Beijing slated to host next year’s Winter Olympics, there will be some understandable nervousness at the prospect of more political protest coming to the fore.

However, the experience of this summer has shown that athletes are capable of using that platform to protest effectively and non-disruptively in support of causes that matter.

This blog was co-written by Roddy Cairns and Chloe Hussey. 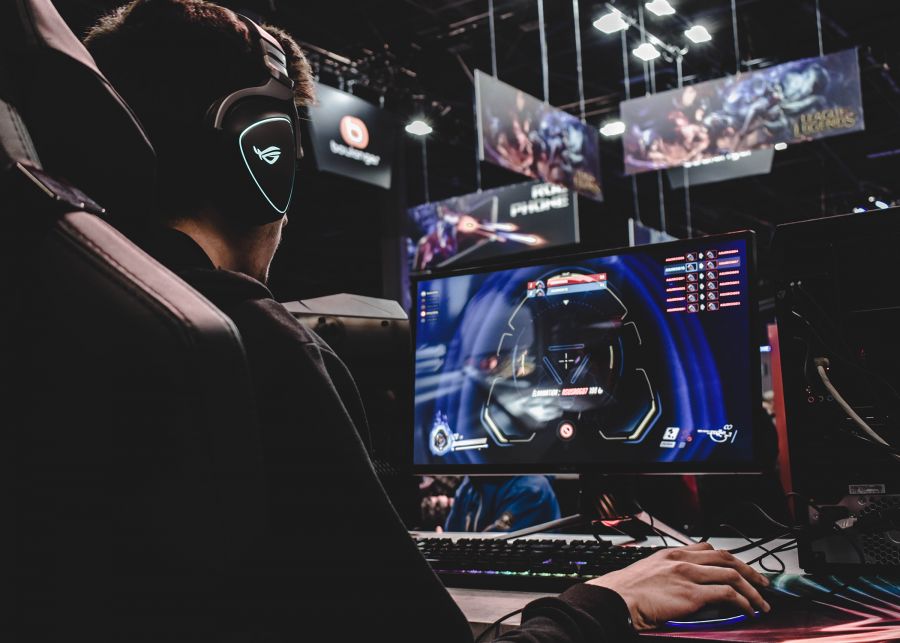 R e a d .
Regulating eSports: Where are we now?

A look at current regulatory landscape of eSports. 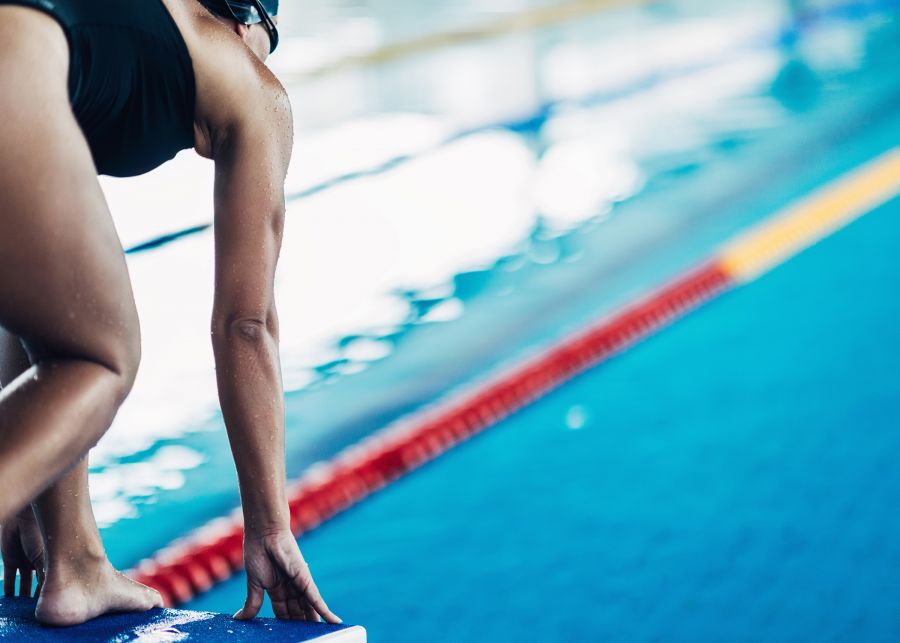 Are sports bodies doing enough to ensure they are robust on the issue of diversity and inclusion? 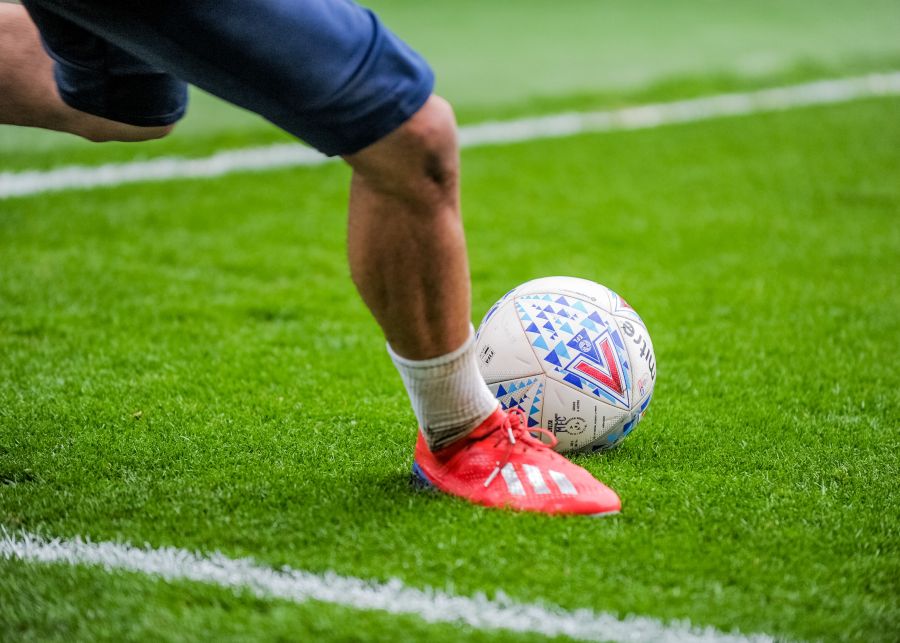