This is the hotly anticipated follow-up to our recent blog on virtual board meetings … ok, so “hotly anticipated” is taking things a bit far, but the bar for excitement is set relatively low these days!

Although the majority of queries we have been receiving relate to how to conduct board meetings during the lock-down, we have also had questions relating to the holding of annual general meetings (AGMs).

First-up, do we need to have an AGM?

The answer is, it depends. If your organisation is a company limited by guarantee, you will only need to hold an AGM if the articles of association state that you must hold one – in the absence of an express requirement in the articles, private companies (as opposed to PLCs) do not have to hold an AGM. If your organisation is a SCIO (Scottish charitable incorporated organisation), then you must hold an AGM (irrespective of what your constitution says), as this is a legal requirement under the SCIO regulations. For an unincorporated association – and similarly for a BenCom (community benefit society) - the need for an AGM will be dictated by what is contained within your constitution (or, in the case of a BenCom, your rules).

For most third sector organisations (of every legal type), the AGM is an important opportunity (at least in theory – levels of attendance don’t always reflect that importance!) for the wider membership to participate in democratic elections to the board, to raise questions on the annual accounts, and generally hold the board to account. For that reason, you will generally find that the articles (or constitution or rules) do provide for an AGM; and the AGM is usually the point of reference in relation to when terms of office end - both for board members and office-bearers. So solving the problem by altering your constitution so as to remove the requirement for AGMs is generally not the answer even if there isn’t an underlying requirement under general law; and even if it was, you would face problems in current circumstances in holding the general meeting to pass the necessary formal resolution to amend your constitution (unless you have a very small membership, when a written resolution procedure to make those amendments might be feasible – see below).

If we are required to have an AGM, is there any scope for delaying it?

If you have already convened the meeting, but can’t now go ahead due to COVID-19 considerations, would you still be within the necessary time limits if you postponed it by several months? If, for example, you held your AGM in April of last year, and had convened it for April 2020, could you postpone it to July 2020? In the case of companies, BenComs and unincorporated associations, the answer lies in your articles (or, as the case may be, your rules or constitution). There may be a provision there stating that each AGM must  be held within 15 months of the last AGM; or it may say nothing on this topic beyond setting out the requirement for the organisation to hold an AGM in each calendar year. And the statutory requirement applicable to SCIOs, is that a SCIO must hold a meeting of its members (the wording does not specifically label this as an AGM) at least once every 15 months.

What about other general meetings ie not just AGMs?

Sometimes the need to hold a general meeting (ie a meeting of the members) is unrelated to what is required in relation to AGMs. If, for example, there is a proposal to amend the objects clause within the constitution to enable the organisation to deliver new types of support in response to the COVID-19 crisis, that amendment will require a formal resolution by the members; so that will normally involve convening a general meeting. Another possibility - which again might be taken forward as a response to current challenges - is that a general meeting will be needed to pass a formal members’ resolution authorising the board to transfer the assets and operations of the existing body to another third sector organisation (with the existing body being wound up) to give effect to a merger. In circumstances of this kind, it may be important to proceed with the general meeting without delay – so issues similar to those arising from AGM time limits may come into play.

Can we hold general meetings virtually?

If it becomes clear that you need to be holding an AGM (or other general meeting) within the lock-down period, it would be highly irresponsible in current circumstances (leaving aside the question of whether this would be an offence under the “restrictions on gatherings” provisions of the Coronavirus regulations) to hold this as a conventional meeting. The next question then becomes, can this be convened as a virtual meeting?

For companies, s360A of the Companies Act 2006 states that “nothing in this Part is to be taken to preclude the holding and conducting of a meeting in such a way that persons who are not present together at the same place may by electronic means attend and speak and vote at it.” If members entitled to attend a meeting can do so and can speak and vote then in principle this should not be an issue. This provision has not, however, been tested in the courts. The closest we have to relevant case law is the case of Byng v London Life Association [1989] 1 All ER 560. This case involved a hybrid meeting rather than a fully virtual meeting; that is to say, there was a physical meeting but due to a lack of space some attendees could only participate via a video link to another room. The decision of the court was that it was not necessary for participants to be in the same place face-to-face in order for a meeting to be properly constituted – the key point was that members who are participating in the meeting must be able to both “see” and “hear” one another. Given the time that has passed and the technological advances since 1989, one would assume (though the legal position is not entirely clearcut) that this case – in conjunction with the provision within the Companies Act 2006 quoted above, where the organisation is a company - serves as legal authority for a fully virtual meeting today.

Having said all of that, if your constitution explicitly or implicitly prohibits virtual meetings, this could cut across your ability to convene a virtual meeting.  An implicit prohibition might be something as simple as requiring that the location of the meeting is made known to members beforehand. That could be read in such a way as to infer that there must be a physical location. However, given the current circumstances we find ourselves in, you may have to take a pragmatic view (ie in proceeding with a solution which goes as far as you can towards fulfilling the requirements of your constitution and any wider legal requirements) if the alternative would be to have no general meeting at all. At the end of the day, the likelihood of a formal challenge may well be remote; and even if (hypothetically) the issue was tested in court, the court might itself take the line that minor divergences from the technical wording in your constitution should be disregarded given wider policy considerations.

Quorum requirements may also pose a problem – some constitutions specify that a certain number (or proportion) of members must be “personally present”, as opposed to a certain number (or proportion) of members being “present or represented by proxy”. If there is a reference to being represented by proxy, that may ease the practicalities if you are expecting only a small number of members to be able to participate in the meeting on a live basis (see further comments on proxy voting below). We would take the view that it would be reasonable to proceed on the basis that “personally present” should be interpreted as including those participating (ie via a live video or conference call link) in a virtual meeting.

Depending on the size of the membership, general meetings could prove considerably more difficult than board meetings to run virtually. Third sector organisations ought to consider whether such a meeting would be suitably accessible to all members who have a right to attend and vote – and taking account of the fact that some members may be unfamiliar with the use of Skype and other (relatively) new technologies.

In planning a general meeting, you should consider what your constitution says about the following topics.

At the end of the day if - after all the above considerations have been taken into account - you come to the conclusion that you cannot proceed with a virtual meeting, and that delaying your AGM would be inconsistent with your constitution, some comfort can be taken from the stance which OSCR is taking – in its COVID-19 guidance, OSCR have indicated that they would be understanding and proportionate, in such circumstances.

If you are considering holding an AGM (or other general meeting) and have any further questions, please don’t hesitate to get in touch. 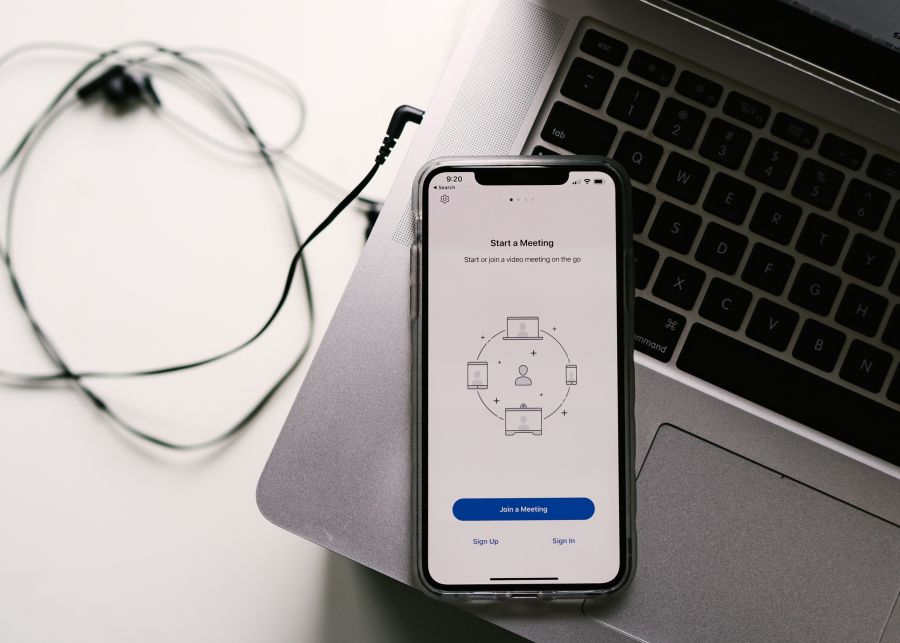 R e a d .
An Update on Virtual Members’ Meetings

The Regulations extend the period for companies, SCIOs and other corporate bodies to hold their AGM.