Nobody wants to be shamed in public. Especially if the audience includes your client and peers. Yet, this is the risk we run every time we issue a “cease and desist” letter on behalf of a client. The problem seems to arise most commonly when enforcing trade marks but claims of patent and copyright infringement are not without their own risk.

So what is there to be embarrassed about? Your client has invested in their brand, registered a trade mark and your analysis shows clear infringement. Back in the day that would have been it.  Threats of going to the press were often empty or, following scrutiny by responsible journalists, of no effect. However, with the ability to broadcast a grudge to the world just a Tweet away, these threats cannot be disregarded entirely. There is a risk that a well placed post on social media, by a sympathy-worthy infringer, claiming bullying by a big brand name can get traction. That traction can itself become a newsworthy story and be picked up by the press, even if the initial cause of it was not.

What are we doing wrong? The USPTO has defined ‘Trade Mark Bullying’ as the vexatious practice of a “trade mark owner that uses its trade mark rights to harass and intimidate another business beyond what the law might be reasonably interpreted to allow”. I hope none of us would want to use trade marks as tools of harassment or intimidation. However, it is important to appreciate that assertively pursuing a client’s trade mark claim, might be perceived by the alleged infringer as being harassing or intimidating. Particularly if they are unrepresented.

It is worth considering what was meant by “beyond what the law might be reasonably interpreted to allow”. I am not entirely clear what that means, but I think it is directed to the practice of issuing weak or unstateable claims of trade mark infringement, particularly to a smaller entity. One definition of “bullying” which I have found is the act of “seeking to harm, intimidate or coerce (someone perceived as vulnerable)”. That seems to fit. A large corporate issuing a weak claim of trade mark infringement to an SME, would not merely be about notifying that SME about their trade mark rights, but also seeking to intimidate them. The SME in such circumstances may lack the time or financial resource to cross-swords with such larger corporates that may well have their own trade mark enforcement operation.

Is there a distinct problem of trade mark enforcement abuse? The 2011 USPTO Trademark Litigation Study commented that “most of the direct respondents claimed at least some degree of first-hand knowledge of instances where unduly aggressive trademark litigation or pre-litigation tactics (e.g. cease-and-desist letters) were targeted at small businesses.” However, the extent to which this goes on is unclear. The vast majority of such bullying letters will be quietly complied with sooner or later with the claim never being aired in court or the media. It is suggested that the problem can be cost-effectively policed by shaming overbearing rights holders who are throwing their weight around, but relatively few small businesses receiving such letters will have the desire to do so. I expect the thought of taking on commercially powerful corporate with its own media relations team can seem daunting enough.

I think the greater risk is of something short of real Trade Mark Bullying. It is of a normal cease and desist letter on behalf of a big brand client being put into the public domain by that sympathy-worthy recipient. Even if they have no defence to trade mark infringement, the fact that they are entirely the author of their own misfortune through disregard of your client’s trade mark, is of no interest. Trade Mark Bullying ought not to include cases of clear trade mark infringement as, surely in such circumstances, the law should be reasonably interpreted to allow the rights holder to bring an end to that ongoing legal wrong.

My concern is that the ‘Trade Mark Bullying’ tag is now applied much more widely than that and might wrongly be used in the media against any rights holder seeking to enforce their rights in a legitimate fashion. This can place trade mark holders in a difficult position. They have a need to positively enforce their trade mark rights for fear of losing or diminishing them, but in doing so can be criticised. Large brand holders finding themselves in this situation can expect little sympathy from the general public.

How can we manage this risk? In the first instance, it is important to have a grown up conversation with your client so that they are fully aware of the potential consequences of sending a “cease and desist” letter. Forewarning your client makes managing those consequences a great deal easier.

You do have to pick your targets when you can. If you have the luxury of doing detailed due diligence and discover the infringer has a strong social media presence, you should proceed with caution. I would not suggest for a moment that such infringers should not be tackled head on, but you should proceed on the basis that your letter will be posted online and write it in such a way to ensure that you have fully explained your client’s reasons for wanting to protect its brand and why their content is unfair and objectionable.If the letter does not paint the infringer in a favourable light they will be much less likely to want to take the claim into the public domain.

Marking ‘cease and desist’ letters as being ‘Strictly Private and Confidential’ is of questionable impact but I would hope that it would deter some recipients from posting it online.

A rather more extreme response to being faced with allegations of corporate bullying is to keep digging and issue more threats.If the infringer has issued defamatory comments on social media, unfairly alleging trade mark bullying which will have the effect of damaging the rights holder’s reputation, then they can be actionable. There is no doubt that such a step would be risky and possibly seen as an attempt to silence fair criticism. You might assume that having taken the issue into the public domain by publicising a threat of trade mark infringement, they will not hold back from publicising the attempt to shut them up with threats of defamation proceedings. But, in certain extreme circumstances it is an option to be considered.

I enjoy some of the more imaginative approaches taken to address this issue. My stand out favourite is Netflix in-house lawyers’ comic use of “Stranger Things” references when trying to stop a pop up bar from showing episodes of the hit show.In that case, they showed some leniency by giving six weeks to bring the conduct to an end and threatening to call their “mom” if they continued. I understand the cease and desist was effective in that case but I cannot help wondering whether a court would have accepted the letter as being adequate notice of Netflix copyright and claim should they have needed to resort to court action.  Clearly, if that approach failed a rather more grown-up letter would need to have been sent. My colleague Megan Briggs has written some great articles on this subject one of which can be found here.

It goes without saying that ensuring that claims made in “cease and desist” letters have a sound basis in fact and law is critical. It is the responsibility of the professional practitioner to push back on clients who wish to issue weak or unstateable claims, just to see what the reaction is.Issuing reasonable and measured letters requesting undertakings which might actually be acceptable has a great deal going for it.

The risk of public shaming of big brand rights holders is something which is not going to go away. We need to continue to walk the line ensuring that trade mark rights along with other intellectual property rights, are properly policed to avoid their being diminished and complying with pre-action protocol requirements, without overreaching. If you think you have a sense of humour, perhaps now is the time to try it out and see if you can use comedy to protect your client’s rights. 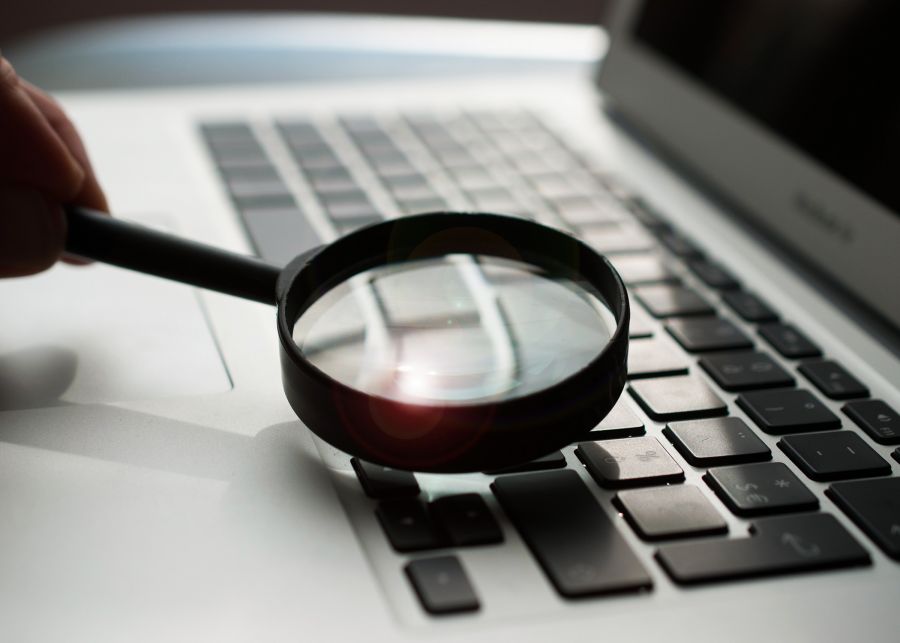 R e a d .
When should you use digital forensics to identify theft of data by employees?

We spoke with Jim Borwick of KJB Computer Forensics to find out more about digital forensics.