As an employment lawyer, I often find myself talking about “having conversations” – whether that’s having a difficult conversation with an employee or an employer, or opening up conversations in the workplace about subjects such as mental health, discrimination, and diversity and inclusion.

Alzheimer Scotland recently ran its annual Dementia Awareness Week, and one of the tag lines for the charity’s campaign was “let’s talk about Dementia”. For me, this struck a chord – both on a personal and professional level.

Over the last five years, I have watched my gran suffer from Dementia and have found this to be quite a difficult topic of conversation to engage in. Perhaps this apprehension to talk (which, for anyone who knows me, is rare) stems from a reluctance to accept or indeed ask questions about what is happening.  How long is she going to remember us for?  Is today going to be a “good day”?  Is this going to happen to me and/or other people in our family?  Will they ever find a cure?

With around 850,000 people in the UK currently living with Dementia, and with this figure expected to rise to 2 million by 2025, I know that I am just one of many who will be considering these types of questions. The statistics are clear and we really do need to talk about Dementia - in our households and in our workplaces.

Turning to the first - many individuals in the UK living with Dementia continue to work, particularly in instances where there has been an early onset of the disease.  It is estimated that there are around 40,000 people in the UK who have been diagnosed with “working age” Dementia, and approximately 17% of these individuals have continued to work after their diagnosis.  This figure only takes into account people who have been formally diagnosed with Dementia, and does not capture individuals who may be living with the disease but have not yet had a diagnosis.

The Equality Act 2010 (“EQA”) provides that a condition is a disability if it is a physical or mental impairment that has a “substantial” and “long-term” negative effect on a person’s ability to carry out normal daily activities. As such, it will come as no surprise that many individuals diagnosed with Dementia will meet that definition. Employers have a legal obligation not to discriminate against such individuals, and to put in place reasonable adjustments to help level the playing field for them in the workplace where at all possible.

A particularly touching example of an employer taking these steps hit the headlines last year when a son tweeted Sainsbury’s to thank the supermarket for keeping his mum in employment after being diagnosed with Alzheimer’s. The supermarket had continued to adapt his mum’s role (even in the advanced stages of the disease), gave her regular retraining, changed her hours and essentially allowed her to carry on in a job that she loved with a sense of purpose for as long as she was able.

As well as protecting employees with Dementia, the EQA also protects employees who care for an elderly or disabled relative from being discriminated against or harassed at work because of their caring role. Moreover, employees in the UK who have worked for their employer for a period of at least six months have a statutory right to request flexible working arrangements, which can be a helpful way for employees to balance their working life with their role as a carer. Such arrangements may comprise working from home, or working compressed or varied hours. Most employers have flexible working policies in place which should set out the process that employees are required to follow.

During one of Burness Paull’s recent BeValued sessions, Age Scotland shared the detail of its Dementia Awareness Workshop with us, the aim of this workshop being to help employees communicate effectively with someone who has early stage Dementia, and to understand the symptoms and risk factors of the illness.  Proactive steps like this, coupled with initiatives like our BeValued support network, internal counselling, and fundraising are undoubtedly a good place to start.

Employers who want to take proactive steps could consider creating bespoke policies for workers affected by Dementia and other long term illnesses – something that could make inherently difficult conversations for workers ever so slightly easier. During our Thought Leadership focus dinners, a number of our clients recognised the need to develop standalone carers’ policies. Rather than relying solely on the statutory regime, employers may consider enhancements such as periods of paid leave and informal flexible working requests.  For someone trying to juggle caring responsibilities and work, these changes could make a massive difference.

I mentioned earlier that one of the questions I often ask myself is whether today is going to be a “good day”. This is a term which I would struggle to explain, but is one which we’ve come to use in our family when we’re describing a visit to my gran’s care home.  For me, sometimes a “good day” means a visit full of chat, but other times it means just a general feeling of calm or contentment.

Taking this phrase outside the realms of my household, I see a “good day” as being a day when employees can freely and honestly talk about Dementia, and where employers are equipped to and confident about dealing with the illness in their workplace. 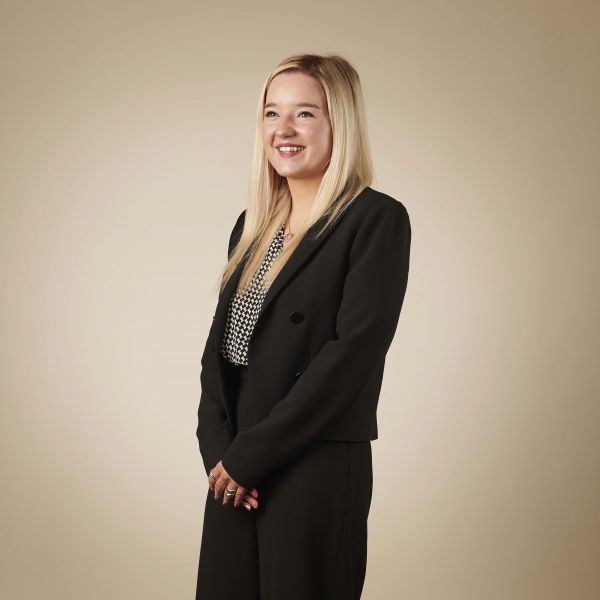 Laura is a senior solicitor in the Employment division and advises our clients on the full spectrum of their people issues.Laura works on complex Tribunal...