Last week, the UK Supreme Court handed down its eagerly anticipated judgment in Lee v. Ashers Baking Company Ltd & others – a case in which the Court had to consider the competing rights of freedom of religion and speech, on the one hand, and the right not to suffer discrimination on the grounds of sexual orientation or political belief, on the other.

The Court held that a bakery did not discriminate against a gay man when it refused to bake a cake for him with a message in support of gay marriage.

The owners of the bakery were devout Christians. They refused to bake the cake on the basis of their religious belief that the only form of marriage which is consistent with Biblical teaching is that between a man and a woman.

The Supreme Court held that the bakers’ decision was not because of the man’s sexual orientation: they would have turned down the request irrespective of whether or not Mr. Lee was himself gay. It did not therefore amount to direct discrimination. The Court did not accept that this was a case of associative discrimination on the grounds of sexual orientation either.

In the Court’s view, it was wrong to conclude that this was a case of discrimination on the grounds of Mr. Lee’s association with the gay and bisexual community. Such a finding was not, in the Court’s view, borne out by the facts of the case. The evidence was that the bakers both employed and served gay people and treated them in a non-discriminatory way.

The Supreme Court was similarly unconvinced that the refusal to supply the cake amounted to discrimination against Mr. Lee on the grounds of his political opinion. The Court held that even if the refusal did amount to discrimination on those grounds, national legislation could not compel the bakers to express a message with which they profoundly disagreed. That would amount to an infringement of the bakers’ rights to freedom of thought, conscience and religion and freedom of expression (under Articles 9 and 10 of the European Convention on Human Rights). Such an infringement would have to be justified and no justification had been put forward in this case.

This case can be distinguished from the Supreme Court’s judgment in the 2013 case of Bull & Bull v. Hall & Preddy. That case concerned the policy of two Christian hoteliers which permitted only married couples to rent double-bedded rooms in their hotel. Mr Hall and Mr Preddy, a gay couple who had entered into a civil partnership, sought to challenge the policy on the basis that it both directly and indirectly discriminated against them on grounds of their sexual orientation.

The Supreme Court held, by a majority of 3 to 2, that this policy did amount to direct discrimination. The Court reached that finding on the basis that the criteria of marriage could not be dissociated from the sexual orientation of those with that status (based on the law at the time permitting only heterosexual couples to marry).

That can be contrasted with the situation in the Ashers Baking case where the Supreme Court held that people of all sexual orientations can and do support gay marriage (and may therefore wish to order a cake promoting gay marriage). The hoteliers’ policy was also held to be indirectly discriminatory. Indirect discrimination was not, however, one of the matters before the Supreme Court in Ashers Baking.

The contrasting outcomes in the Ashers Baking and Bull cases serve to demonstrate how fine the margins can be in cases which concern competing fundamental rights. Whilst these cases both related to the provision of goods and services, these difficult issues arise frequently in a number of other contexts, including the workplace.  It is unlikely that Ashers Baking will be the last case in which these matters are tested before the courts.

Underlining just how topical these issues are, whilst the UK Supreme Court pondered over its judgment in the Ashers Baking case, the US Supreme Court handed down its judgment in Masterpiece Cakeshop Ltd v. Colorado Civil Rights Commission – a case concerning a Christian baker in Colorado who had refused to bake a cake for a gay wedding. The US Supreme Court concluded that, on the facts before it, the Colorado Civil Rights Commission’s consideration of the case had been neither tolerant nor respectful of the baker’s religious beliefs and had thus breached his First Amendment rights.

In a postscript to its judgment in Ashers Baking, the UK Supreme Court made reference to the decision in Masterpiece. It considered that the important message from Masterpiece was that there was a clear distinction between refusing to produce a cake which conveys a particular message, for any customer that wants such a cake, and refusing to produce a cake for a particular customer because of that customer’s characteristics.

Whilst there may be debate about which side of the line the facts of the Masterpiece case fell, the UK Supreme Court considered that the position in Ashers Baking was clear. The bakery would have refused to supply this cake to anyone, regardless of their personal characteristics, so there was no direct discrimination. 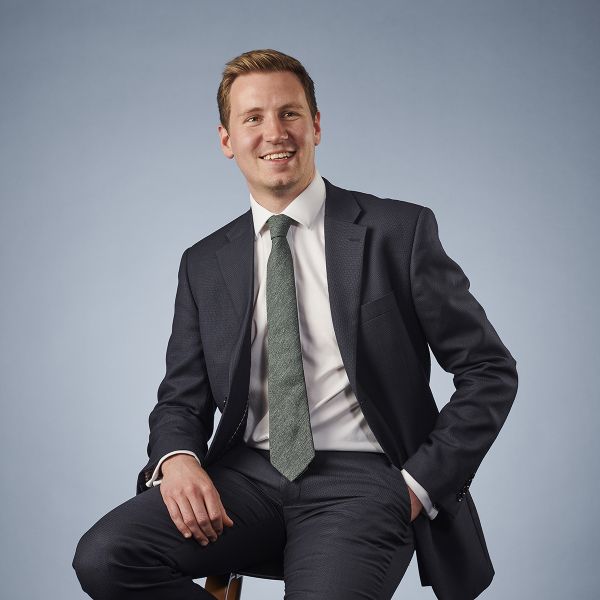 Andrew is a senior associate in our Employment division. He advises on the full spectrum of contentious and non-contentious employment law matters.Andrew has a particular...